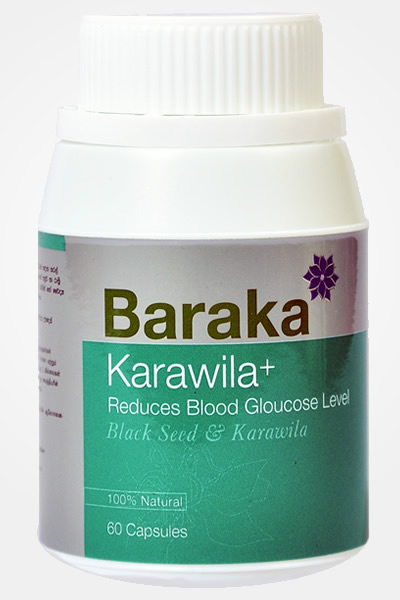 Karawila, better known as bitter gourd or bitter melon is widely used as replacement of insulin due to its natural ability of insulin production.
Karawila is valued for its diverse medicinal values in Ayurveda. Karawila + Plus is a combination of karawila and black seed oil, known for its miraculous powers of healing and strengthening the immune system. The combined mixture of herbs not only control blood sugar levels, but also acts as a daily natural nutritional supplements to the body.
Black cumin has a history of 2500 years. This makes black seed one of the safest plant extracts for human consumption. Black cumin seed is an adaptogen which means an agent causing adaptive reactions.
Black cumin has the ability to increase the resilience of the human body, protecting it from various diseases. Clinical trials have shown that Black seed oil controls the amount of blood sugar and cholesterol, considered one of the greatest healing herbs of all times.

It is not a medicine.

Our company makes delivery all over the country

We offer only those goods, in which quality we are sure

You have 30 days to test your purchase